Opinion: A Biden win, a Republican Senate and a slim Democratic majority in the House: That’s a recipe for compromise. 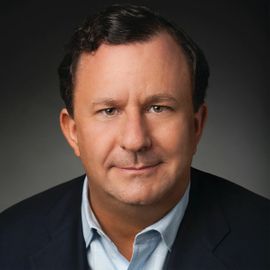 Marc Samuels, J.D., M.P.H., is the CEO of ADVI, a strategic advisory services lifesciences firm in Washington, D.C., and a member of the Managed Healthcare Executive® editorial advisory board.

With the 2020 election season nearly behind us, conventional wisdom is that we will have divided government: a Democratic president, a Republican Senate and a razor-thin Democratic majority in the U.S. House of Representatives. That combination is a recipe for compromise on President-elect Joe Biden’s healthcare priorities; namely, the federal response to the COVID-19 pandemic and adjustments to the ACA.

With the 2020 election season nearly behind us, conventional wisdom is that we will have divided government: a Democratic president, a Republican Senate and a razor-thin Democratic majority in the U.S. House of Representatives. That combination is a recipe for compromise on President-elect Joe Biden’s healthcare priorities; namely, the federal response to the COVID-19 pandemic and adjustments to the ACA.

The president-elect’s first priority is COVID, COVID, COVID. The COVID-19 task force that Biden created includes well-regarded former officials from the FDA and HHS. It seeks to promote national mask wearing and mandatory social distancing and to deploy a “textbook” public health approach to contact tracing and testing — a nationwide pandemic dashboard to display transmission rates of the virus in regions across the country. But Biden has stressed that lockdowns are not part of his plan.

As far as the ACA is concerned, the goal of the president-elect is to expand the law’s coverage provisions. Biden’s proposals would, by various means, expand coverage to include those who are out of work, those who are caught in the gap between Medicaid eligibility and qualifying for ACA subsidies, and those who have been systemically uninsured and uninsurable.

While there is potential for congressional compromise on Biden’s plans for COVID-19 and the ACA, the president-elect’s other policy proposals will meet swift and sure opposition in Congress, both from Republicans in the Senate and deficit hawks in the House. Legislation creating a “public option” will be difficult to pass, even though from the Democrats’ point of view the public option is a moderate plan and, politically, a way to deflect for the progressive wing of the party’s Medicare-for-all agenda. Biden’s proposal to tie ACA subsidies to the cost of more generous gold plans, as opposed to silver plans under the current law, also looks to be too big of a political lift. The policies could cost taxpayers upward of $750 billion and $200 billion over 10 years, respectively. Biden also proposed to lower the age of Medicare eligibility to 60 and to raise the income limits for ACA subsidy eligibility. They are also on the unlikely side of the political possibility spectrum.

The new administration figures to be aggressive about Medicaid expansion. Getting legislation passed is unlikely if the Republicans stay in control of the Senate. But Biden could use regulatory levers and financial incentives to move the dozen holdout states into the Medicaid expansion column. The president-elect has also indicated he’d take a hard line against approving new Medicaid work rules, which President Donald Trump’s administration deployed in numerous states for the first time in the program’s history. Formal requests from several states are still pending, and it’s unclear whether the Trump administration will finalize those waivers before departing in January. It’s also likely that incoming leadership at CMS will take a closer look at the work rules that have been approved and elect to rescind the regulations.

Drug pricing looks to be another area of contention. Biden has proposed allowing Medicare (and possibly Medicaid) to negotiate prices with drug manufacturers. House Democrats have passed and support such negotiations and reference pricing, which ties the price of physician-administered medications, and possibly other drugs, to prices paid in other countries.

Trump used executive orders to advance his health agenda with mixed rules. Biden’s goals are different, but the Democrat will also be using executive orders as a means to his ends. Biden’s orders may include demonstration authority to expand coverage and control costs, executive action to roll back restrictive policies in the Medicaid program and reinstatement of anti-discrimination protections for the LGBTQ community.

At the end of the day, these are best guesses based upon Biden campaign promises, conversations with people close to the campaign and transition, and historical beliefs of each party. The only thing we know for certain is that a new Congress will be installed on January. 3, and Biden’s inauguration will take place on January. 20.

Marc Samuels is CEO of ADVI, a strategic advisory services firm in Washington, D.C., that focuses on life sciences. He is a member of the Managed Healthcare Executive® Editorial Advisory Board.